• Keep up-to-date with all the news and updates about Safe-T-Tyre's Digital Tyre Pressure Monitoring System | TPMS and much more. 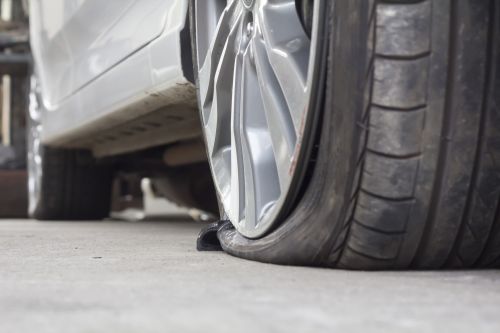 It sounds like a bad horror story. Like from the Rocky Horror Picture Show – “it’s true, also, that the spare tyre they were carrying was badly in need of some air”. But nobody cares about tyre pressure right up until it fails. It’s like good health – you don’t notice it until it’s gone, and suddenly you find yourself in deep trouble. And when everything’s fine again, you grow complacent, forgetting to check the air, the tyre pressure – and then something goes horribly wrong. A lot of new cars these days have what’s called a tyre-pressure monitoring system – TPMS for short. People are starting to get them added to older cars too. And for good reason.

Imagine going to the dentist. You know you should have flossed a bit more regularly, but you’re pretty confident that everything’s going to be more or less fine. And then the dentist tells you that half your teeth are rotten. That’s how it feels, except you don’t have the warning of knowing that there’s a dentist poking around your mouth. Without tyre pressure monitors, your tyres can deflate without you even noticing, and then the rubber starts to get shredded away from being scrapped against the asphalt over and over.

For a start, there’s a point at which your tyre just stops being usable – and by the time you get there, it’s often too far gone to do anything except get a new tyre. So if you’re in a caravan and you’ve driven out into the middle of nowhere, just south of Didjabringabeeralong, then you can bet that without a caravan TPMS to keep tabs on it it’s just going to fail at the worst possible moment. And nobody wants to be stranded in the middle of the outback while they wait for Didjabringabeeralong’s mechanic to get the right sort of tyre, not to mention how much that tyre could cost.